MIDLAND, Mich. (September 9, 2022) – One wing down, three to go! The renovation of Cleveland Manor I reached its first milestone.

Contractors managed by Three Rivers Corporation completed upgrades and replacements to all 28 apartments in the building’s west wing. Work has already begun on the northwest wing, with completion expected during winter. The northeast and east wings will be renovated in 2023.

“We’re thrilled with the progress,” said Trudy Laufer, Executive Director of Cleveland Manor. “The apartments are looking great and our residents have had nice things to say about the people working so hard to improve their homes.”

The renovation of Cleveland Manor I is needed to replace deteriorating cast iron plumbing in the walls and beneath the ground, and to upgrade the electrical system. The project also includes improvements designed to enhance the quality of life enjoyed by residents, including walk-in showers and upgraded water heaters. The apartments are receiving new cabinetry through a partnership with Midland’s own Case Systems.

Cleveland Manor I provides 105 apartments to older adults living on a low income. Built in 1968, it was the first affordable housing option for Midland County’s senior citizens. The building is located on a seven-acre site with its sister complex, Cleveland Manor II. Both buildings are managed by nonprofit organizations, collectively called Cleveland Manor. 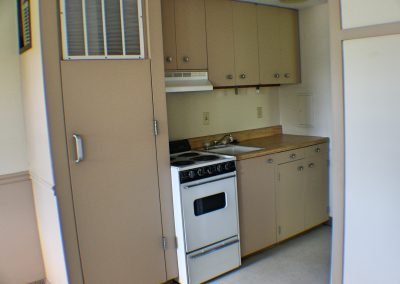 CM I Kitchen Before Renovation 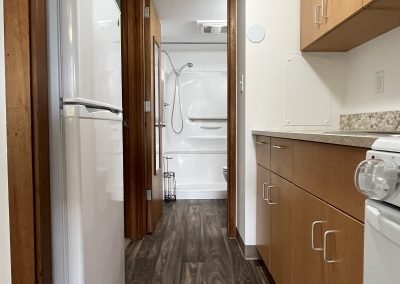 CM I Kitchen After Renovation 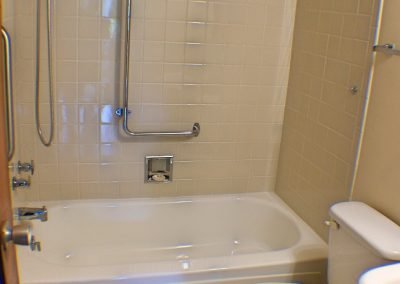 CM I Bathroom Before Renovation 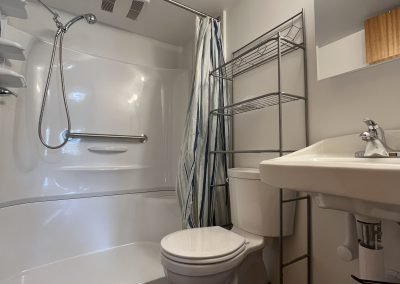 CM I Bathroom After Renovation